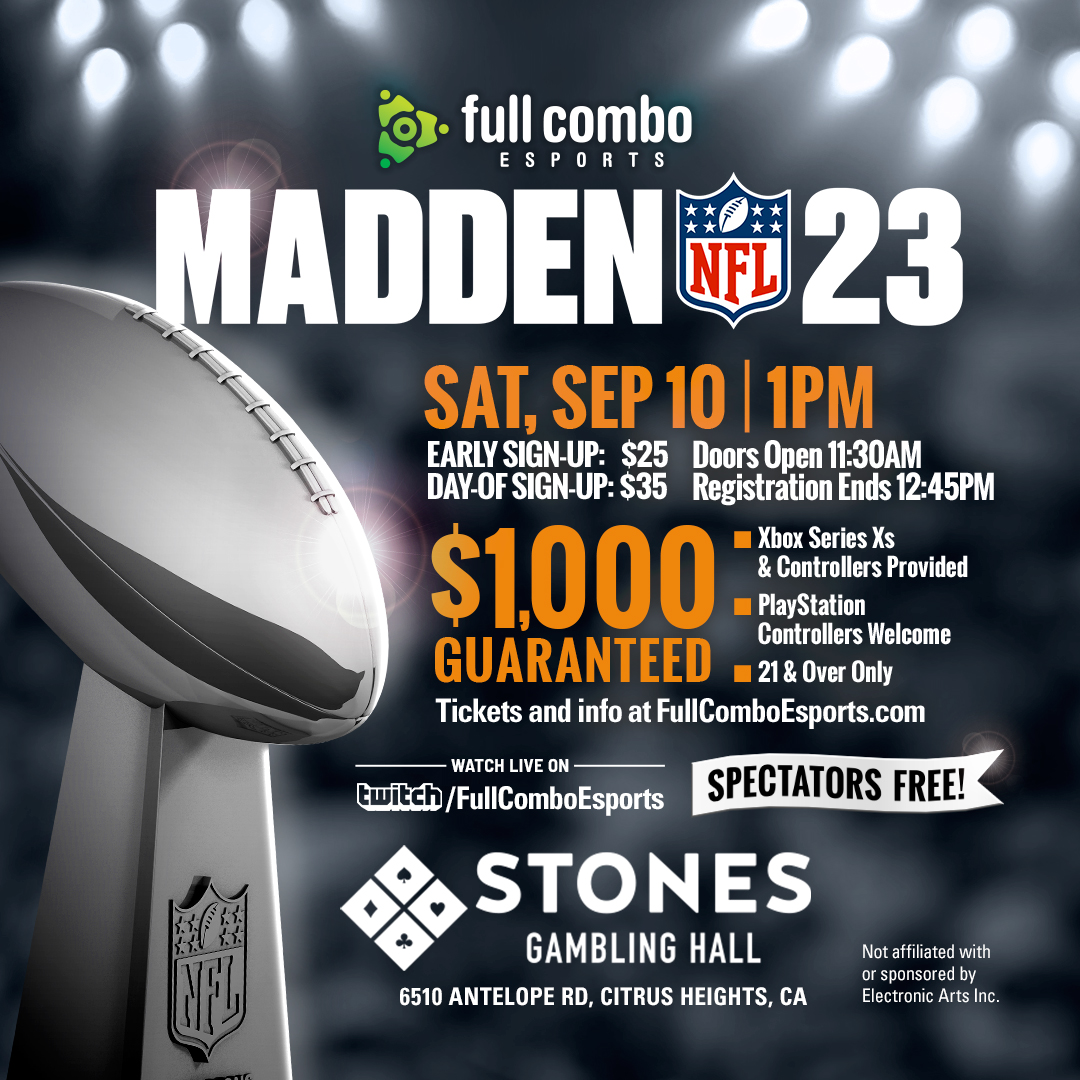 Celebrate the new Madden 23 launch and join us for a $1,000 tournament! Whether you're a casual player, aspiring pro, or just love the game of football, players and fans ages 21+ are invited out Saturday, September 10th at 1PM to Stones Gambling Hall in Citrus Heights, right outside Sacramento, CA!

Players are allowed to mirror-match (use the same teams). Players may use any of the 32 NFL team's playbooks with their selected team. Custom playbooks are not permitted.

A player that leads their opponent by 21 points or more will automatically be deemed the winner of a match if the other player fails to score on their next possession immediately following the lead being established.

Players can go for it on 4th down anytime.

Abuse of offsides is not permitted. Excessive uses of offsides to delay game clock will be looked at in a case-by-case basis.

Players may only onside kick in the second half.

We Stream and broadcast our events live!